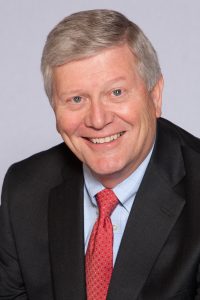 “There was no question that Saint Louis University Liver Center was the right place for me.”

Karl’s journey began with Dr. Bacon performing a liver biopsy in 2005 resulting in a diagnosis of NASH disease. Initially, Karl said he didn’t take NASH seriously but that changed when he had a relatively routine upper GI in 2016 which revealed a problem. This led Karl to Dr. Tetri, in February 2017 he went from having a relatively benign NASH liver to one having multiple large and small cancerous lesions within 6 months. “If it wasn’t for Dr. Tetri’s vigilance with a six-month cycle of ultrasounds my outcome would have been dramatically different and I’m not sure I would be here today,” said Karl.

After Karl received the cancer diagnosis he figured it would be prudent to interview other institutions since it seemed he was heading down the path of needing a transplant. The other institutions had all the medical credentials but it was clear that he was going to be just another person in the waiting room. “There was no question that SLULC was the right place for me,” said Karl.

From that point things moved quickly and Karl met Drs. Nazzal, Varma, Vahessan, Desai and Befeler plus countless interns, medical students, fellows, and coordinators (this includes Brittany, his coordinator, who is a classic example of a compassionate and supportive professional.) Karl was placed on the transplant list in January 2018 and was blessed with a donor liver 9 months later in September. Here’s what made St. Louis University Liver Center a standout – there is a genuine compassion and sincere concern for the patient. During office visits it was typical to have 2-3 doctors, interns and nurses involved. The warm reception Karl and his family felt wasn’t just from the doctors but everyone they came in contact with including all the administrative and hospital staff.

“Love and gratitude go to my wife Kathy and my daughter Katie. Their constant participation in my doctor visits and their myriad of questions were crucial – they were my personal stars. Their support along with the rest of my family’s support made it possible to get through everything. I’ve been truly blessed to have a strong support system, be in excellent health, and have such a successful outcome” – Karl Reinlein 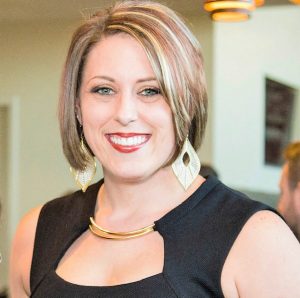 “I’m not going to allow this disease to hinder my ambitions.”

Lindsay focuses on a healthy lifestyle, works out daily and maintains a balanced diet. She is enrolled in two Alpha-1 clinical research programs which monitor her progress/any potential changes in her disease.  Through the program, she gets a full spectrum of blood work and tests including an ultrasound every 6 months with Dr. Teckman.  These tests ensure her Alpha-1 is under control and she is gratified to know she is part of a study seeking to learn more about Alpha-1.  As Lindsay said, “I feel I’m doing my part in providing any and all information I can to help further necessary research, with the hope that one day there will be a CURE!”

Alpha-1 hasn’t slowed Lindsay down. She has an adventurous spirit and loves to travel. She has been to Alaska, San Francisco, St. Thomas, St. John, Tortola, Bahamas, Paris, and London. The love of travel was taken to a new level, professionally and personally, when Lindsay moved from St. Louis to Phoenix 2 ½ years ago for a job and is currently a Technical Project Manager for a software company.

Lindsay thanks both Dr. Jeffrey Teckman and Dr. Bruce Bacon for always being there to support and care for her, and answer any questions/concerns she’s ever had.
Lindsay’s hope for the future is that through research, a cure will be found. Currently, the only cure for Alpha-1 is a liver transplant and she looks forward to the day when a transplant is not the only option.   How can you help?  In Lindsay’s words “any donation, no matter how large or small, is greatly appreciated to ensure research continues and we can find a cure!” 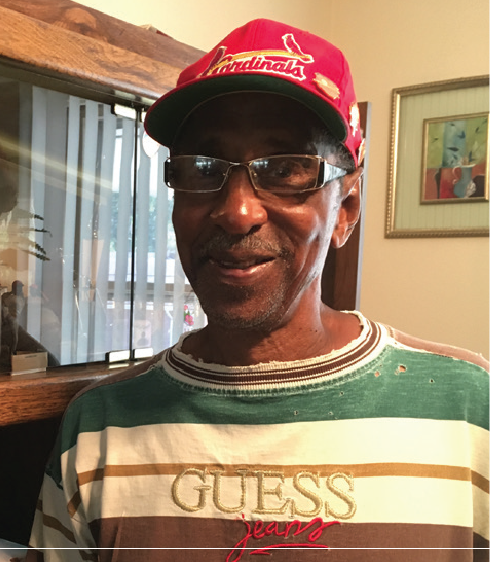 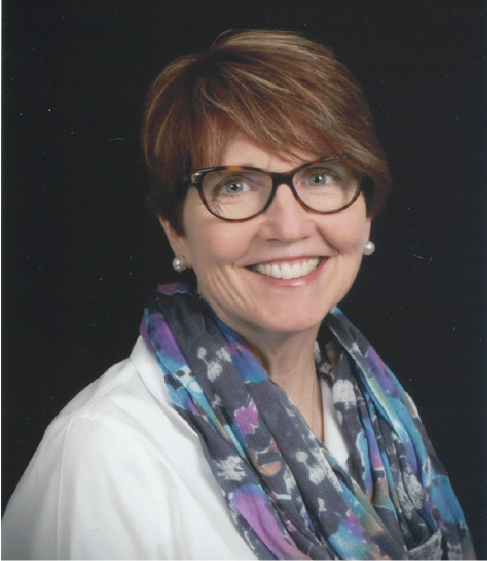 “I remember bargaining with God to let me see my sons grow up, and thanks to a drug research study, I have achieved that goal.”
Mary Ann Eggleston is one of the lucky ones. Her medical background as a nurse gave her insight into the diagnosis she received back in 1987, but it did not prepare her for the major GI bleed that followed two years later. She remembers bargaining with God to let her see her sons grow up and thanks to a research drug study she is living with a fully functional liver, and those two boys are indeed all grown up. Having that privilege has given her the chance to give back by working with Faith Community Nurse Ministry and volunteering as a tutor for the Immigrant Refugee Women’s Program. Mary Ann is happy to have vigilant doctors at the SLU Liver Center who keep her calm about her disease. Life ahead for her will include traveling with her husband, Don, and living by these goals: have fun, enjoy life, and be kind to others. 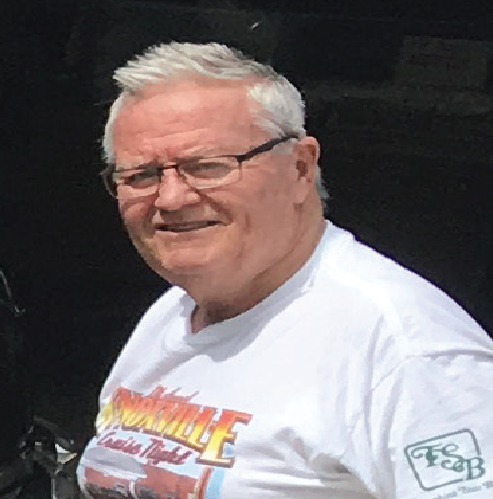 “It’s magical what these docs can do.”
Only a few years ago Glade was struggling with a series of infections and other symptoms. Not until he was getting a colonoscopy was it discovered that he had stage 4 liver disease. Hospitalized numerous times and surrounded by his wife and family of two sons, a daughter and eight grandkids, they held on to their faith and waited. A late night call in April, 2016, alerted them that a liver was available. After a few previous false alarms, this time everything worked and he woke up with a new liver, and according to Glade, “It’s magical what these docs can do.” What’s next for this retired stone carver and classic car lover? He is going to get his classic 1947 Pontiac convertible ready for a long celebration ride down the Mother Road with his wife Susan. 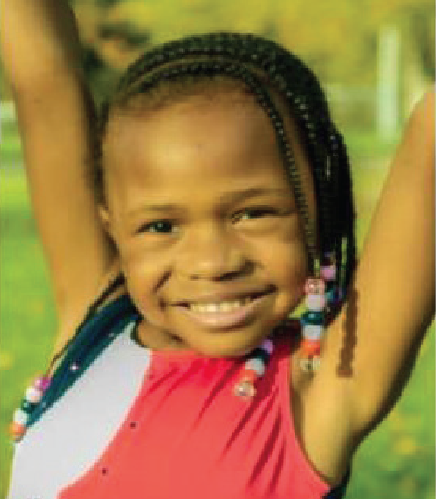 “I can pick out the best vein for my blood tests.”
You could never tell from looking at this bright-eyed, energetic 6-year-old that she had spent a year of her life in the hospital before she was 2. Diagnosed at three months with biliary atresia, she waited for a long time for the new liver which saved her life. She is now an active first grader who exceeds expectations by doing gymnastics, and she and her sister Kamille are cheerleaders for their brother Andre’s football team. She is lucky that she takes very little anti-rejection medication but she has learned to be tough through bouts of rickets and a lot of blood tests. “I can pick out the best vein for my blood tests,” she touts. Her mom Kimyda attests, “Taking care of a sick child is a lot of work but it has made me more empathetic. I love sharing with other moms on the Facebook group: Liver Moms.” The future is bright for this first grader who loves to read and visit the library at her school. 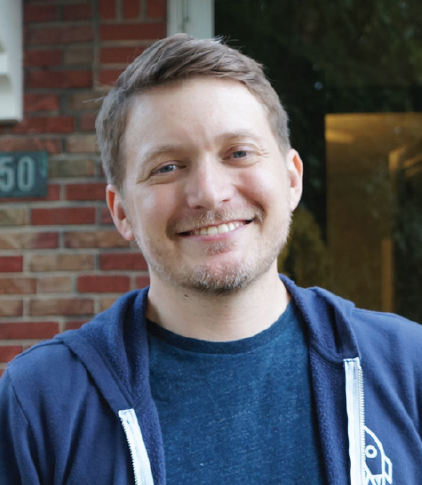 “My new liver gives me a chance to pay it forward by helping people find careers.”
Mike Menne is one in a million! That’s how rare Budd Chiari liver disease is, but he got it. The term longevity took on a new meaning for Mike when he received his liver transplant 9 months ago. After only 3 months Mike was back to work as Technology Director at LaunchCode, a non-profit company which matches skilled computer programmers with potential employers. Mike is happy to be able to now give 100% and have the energy to do his job of teaching and encouraging people in the field of computer technology. “It is a chance to pay it forward and help people find a career.” Previously a marathon runner, Mike has now joined Team Transplant and will participate in the Transplant Games coming to Saint Lake City in 2018. The new energy also allows him to enjoy more activities with his wife Megan and his daughter Olivia. 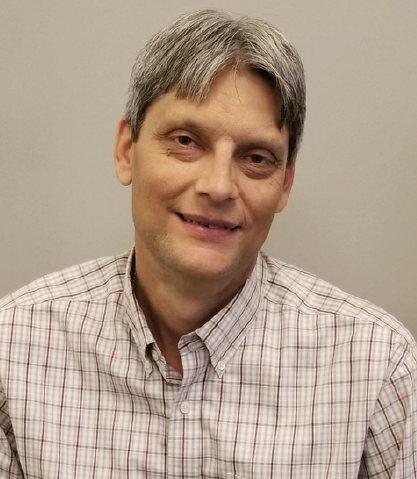